The inaugural Immerse Exhibition, organised by Knox Council in Victoria, was formed to introduce artists living in the Knox area to exhibit their works, to the community.

Each artist was required to express a theme in their work and submit it to a committee for selection. Approximately 300 artists applied, with only 6 people allowed to exhibit.

Janette submitted her years of work in fine pencil drawings surrounding the theme of “Dreams of the Immigrants.”

These pictures take her back to when she was little, when she heard her parents and friends reminiscing of the homes and villages they left behind in Italy. When Janette went to Italy in her twenties, she was able to take photos of these abandoned places, which were now neglected due to the great emigration from Italy that occurred in the 1950’s.

“These photos are a reference for my pencil drawings because like most dreams, they are in black and white. When the migrants returned after many years in another country, they realized what they continued to imagine in their minds was not reality. These were in fact dreams time changes everything.” Janette says.

Janette will be at the Grand Opening of IMMERSE at Ferntree Gully Community Arts Centre on Saturday 14th November at 5 pm. She will be featured among other various talented artists, like Bron Anderson from Flutterby Creative Photography and artists in different mediums. 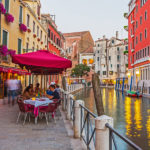 Previous:
10 Nearby Eateries in the Heart of Venice 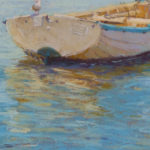